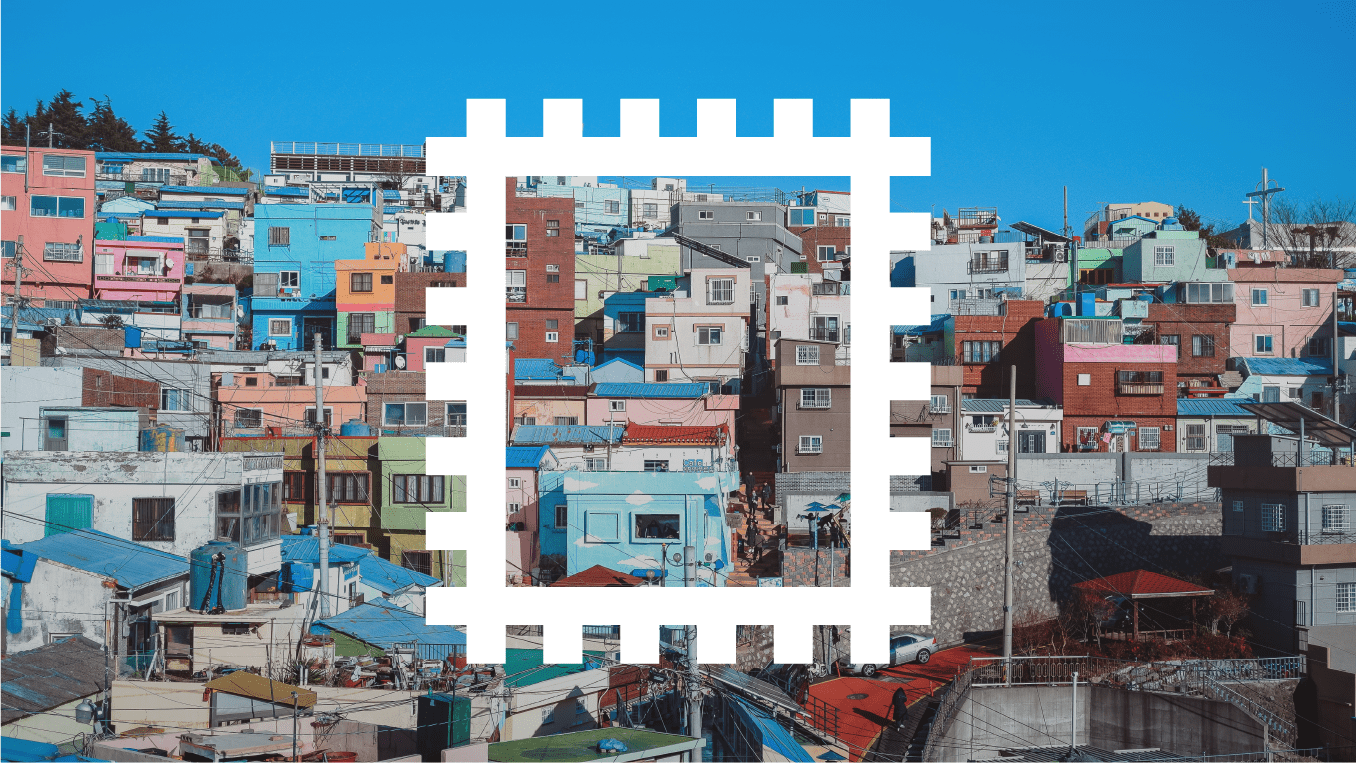 Tell Me Busan connects English-speaking foreigners to local businesses in Busan, by providing a media resource that promotes these businesses through video content.

As a British resident in Busan, Josiah took a special interest in this project, developing the full brand identity and an online copy of the brand guidelines. This identity is a true design system, carefully considered and crafted to carry across a range of touchpoints, and to cleverly communicate Tell Me Busan's 'connection made simple' ethos.

The inspiration for Tell Me Busan's visual identity comes from the simple postage stamp.

The logo design is built around this concept of a frame, and adapts to various sizes by simply changing the number of turrets.

The vague reference to the aforementioned stamp is evident here also.

In order to maintain the integrity of what is a fairly complex system, extensive online brand guidelines were produced.

Hosting the brand guidelines online puts collaboration right at the heart of what Tell Me Busan does, with sharing guidelines being as simple as sending someone a URL.

All logos and necessary assets are linked to within the guidelines, facilitating collaboration further still. 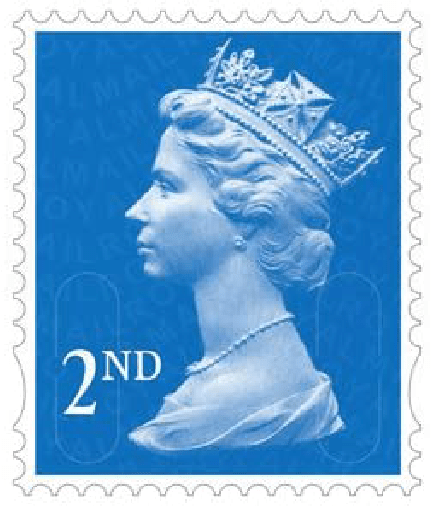 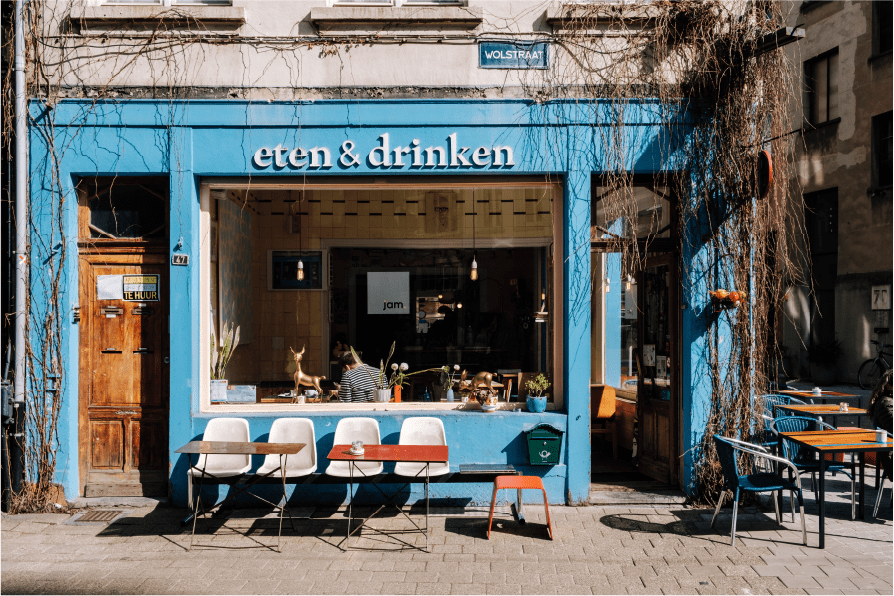 Busan is the South-Eastern region of South Korea, and home to many foreigners. Although a far-cry from South Korea of ten years ago, it's still not the easiest country to live in as a foreigner, and Busan even less so than Seoul. 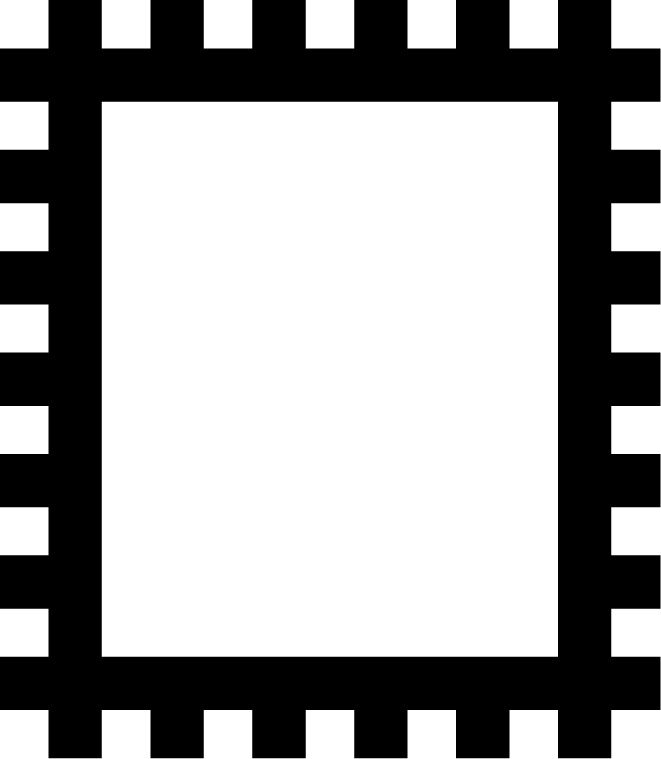 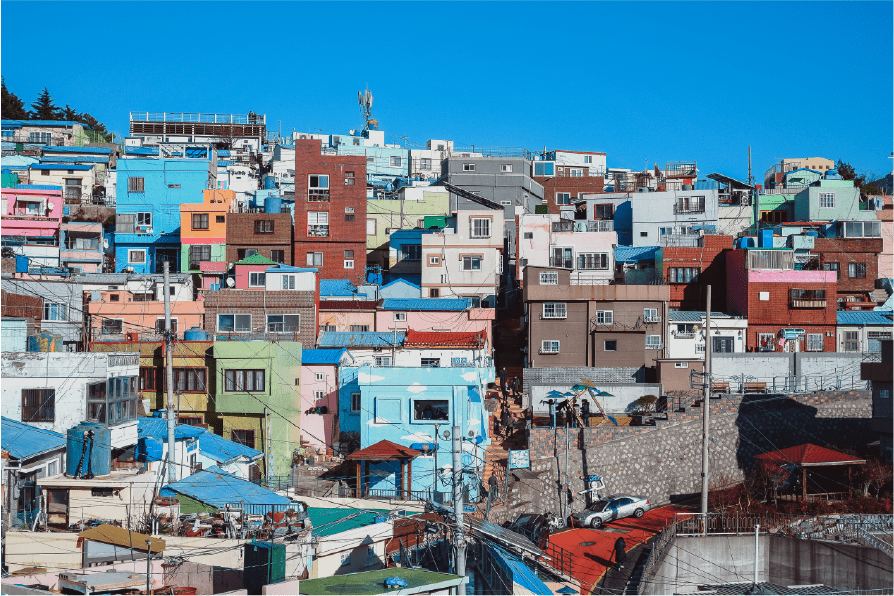 Despite the immediate difficulties presented to foreigners living in Korea, however, South Korean people have a tendency to be welcoming, and many foreigners end up making South Korea their permanent residence. 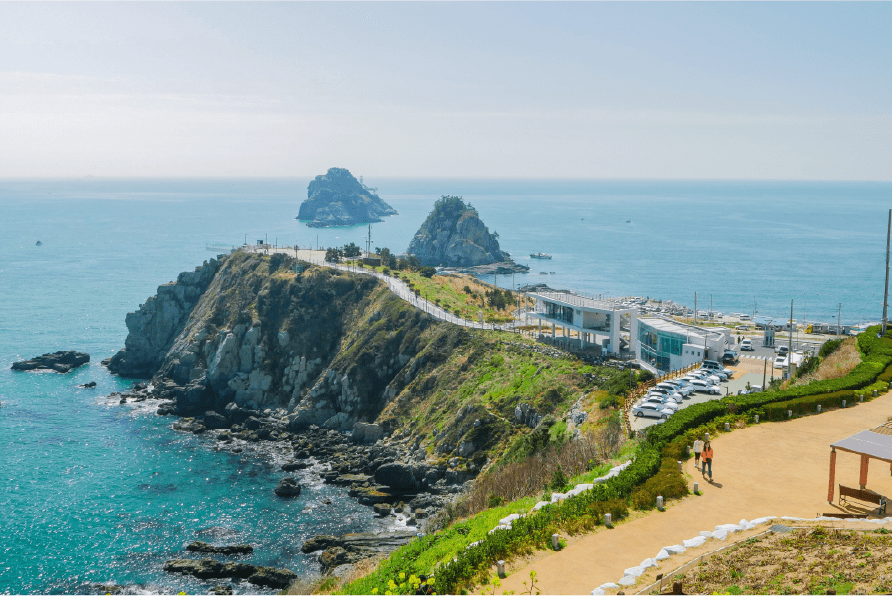 Thus, we set out to design a brand identity system that hinges around the idea of connectivity. Busan already has so much to offer, so we sought to design a system that frames what is already there.

• Create a mark and design system that is versatile & blends into its surroundings, but that is also distinct & memorable.
• Design a logo that doesn’t compete within the context of photography or videography.
• Design a system around a ‘frame’ for stickers, product photography, staff photos etc.
• Avoid imagery or styles that are overly ‘artistic’. 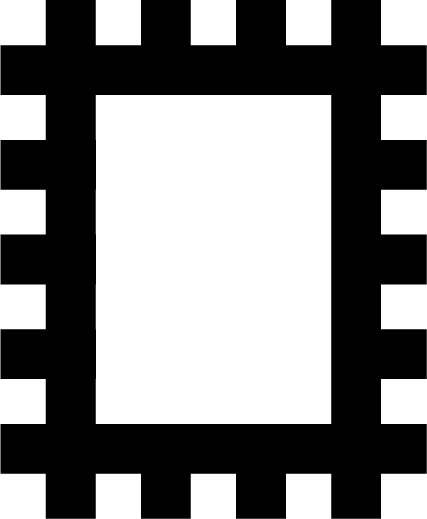 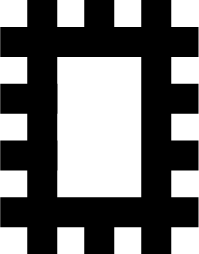 The wordmark is loosely based on Rockwell, but with slightly shorter capitals in order to facilitate a two-storey wordmark. Everything is carefully measured out and considered to ensure visual harmony. 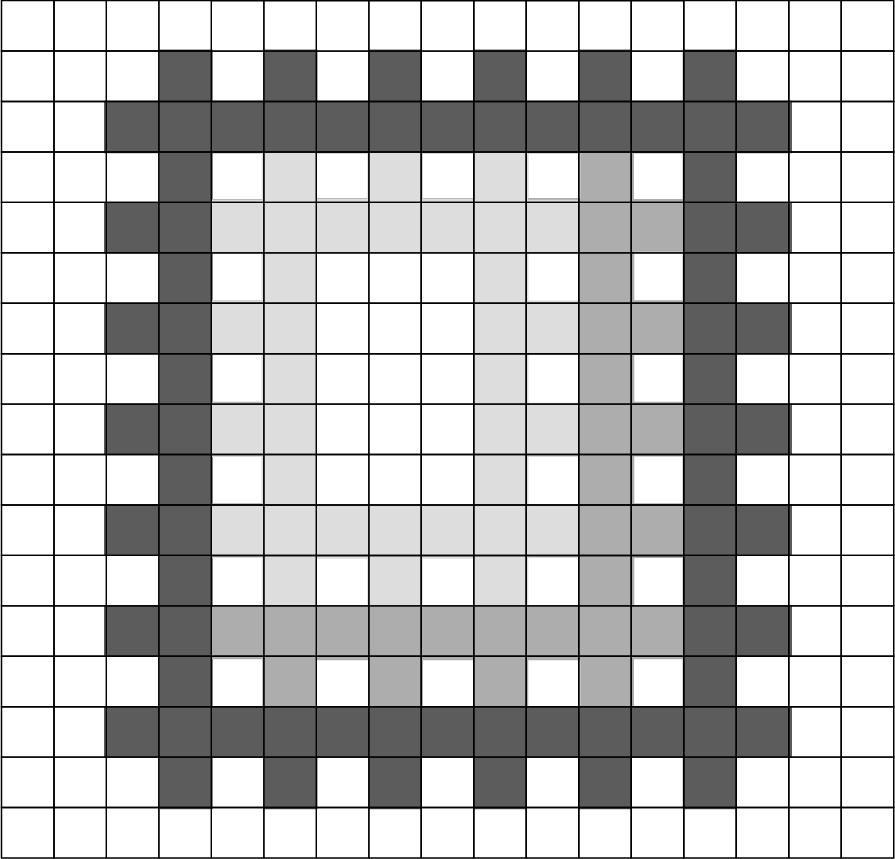 The scaleable logo system is based around a grid. The spacing between the turrets is slightly narrower on the black version, and slightly wider on the white version to ensure optical perfection.

A slightly adapted version of the primary brand icon makes for a clever collaboration tool, combining with other brands' logos or even Tell Me Busan's logo to further visually cement the concept of simple connectivity.

The logo is also to be used as a frame, both on photography and physically (for example, for selfies at Tell Me Busan restaurants). Social Media is particularly popular in Korea, and brands are known to see much success based purely on the social media usage of their customers. 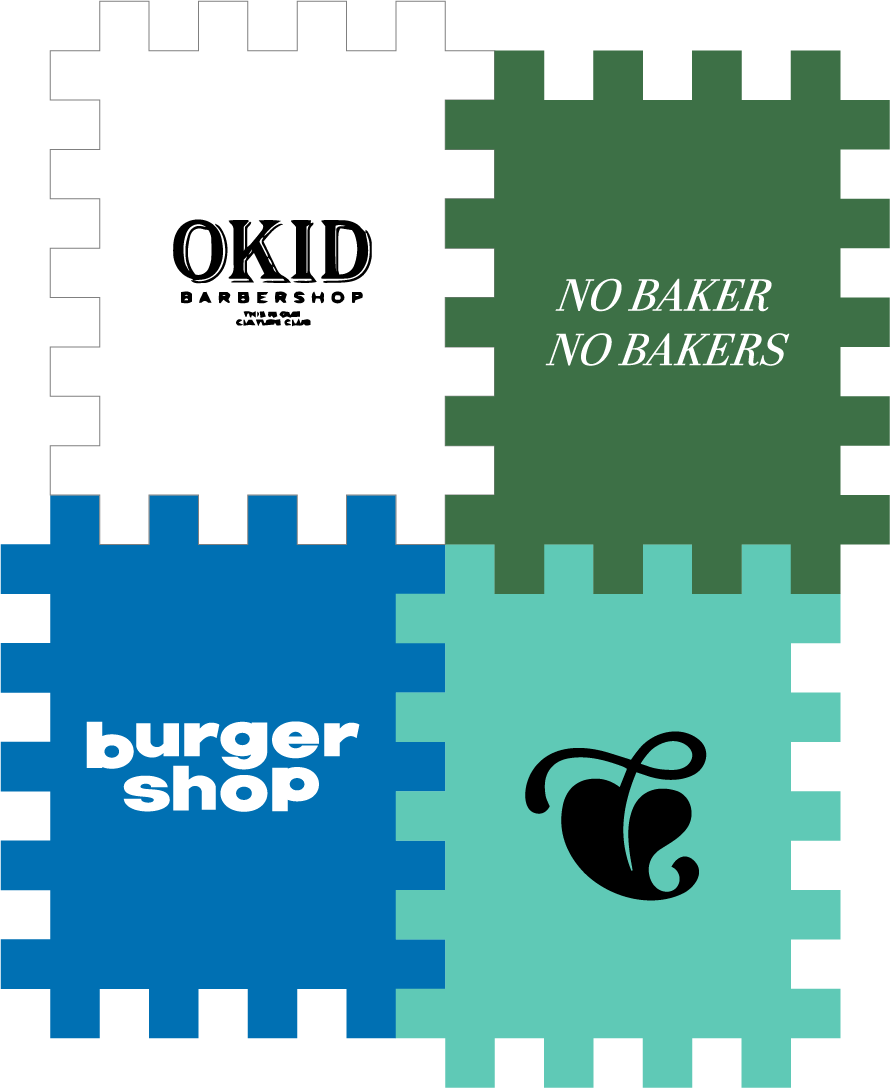 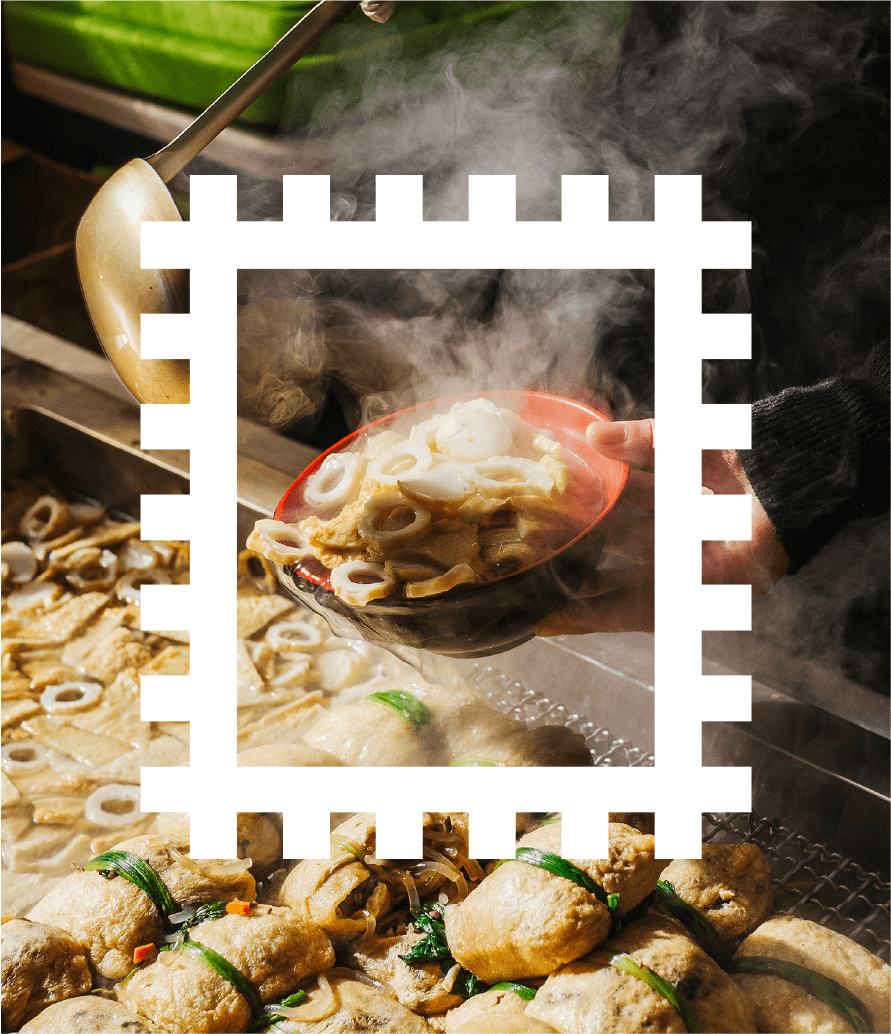 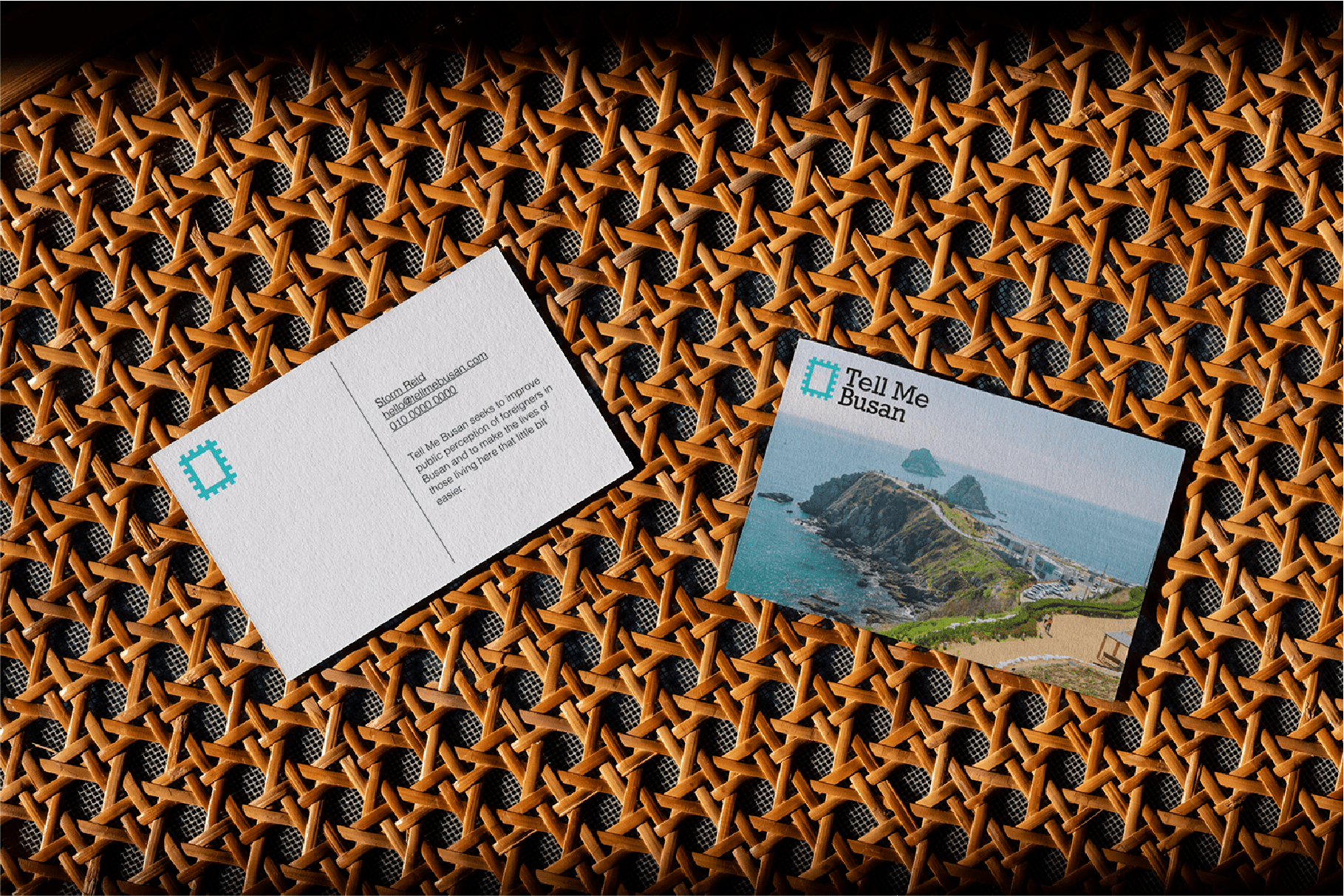 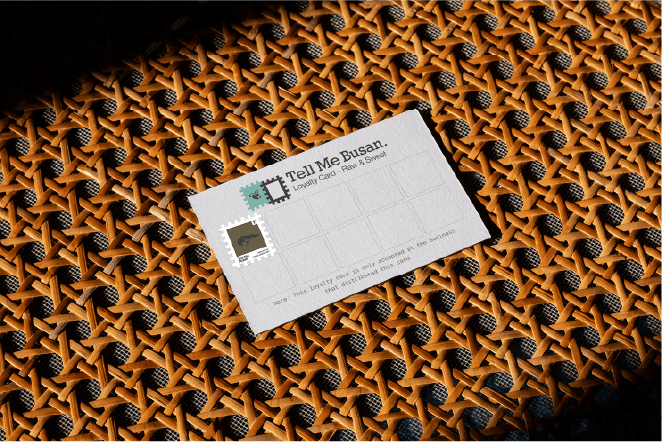 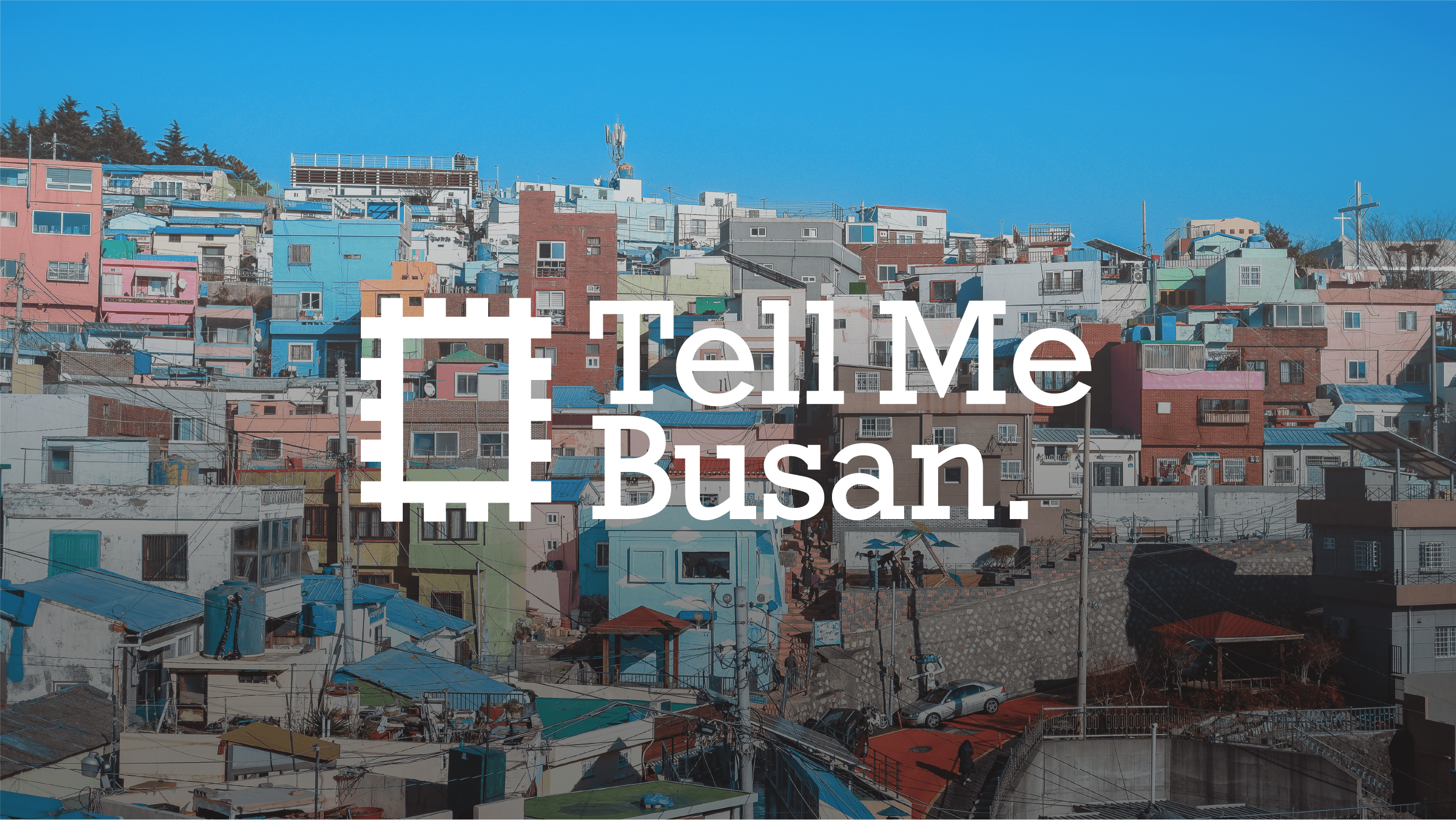 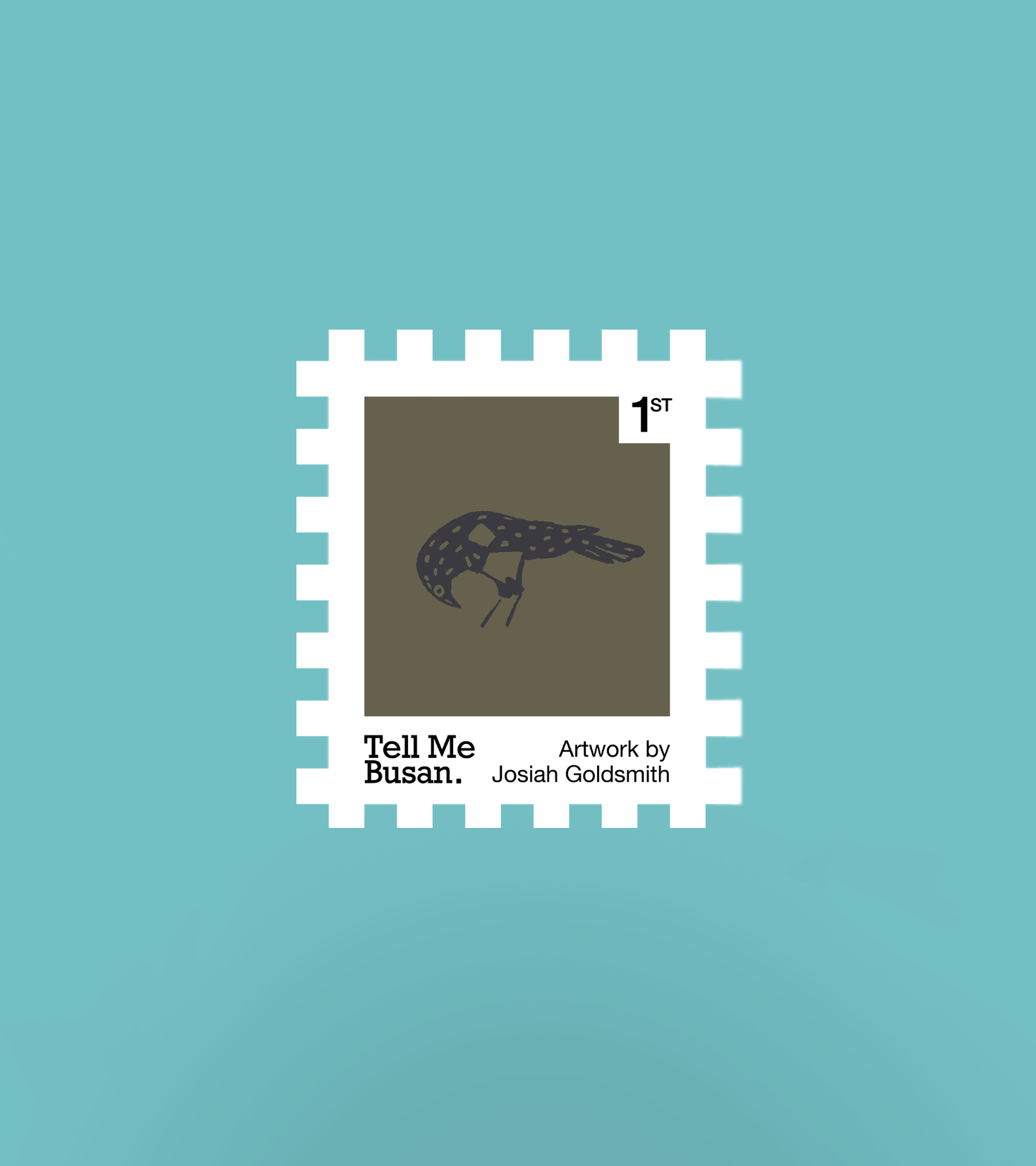 The logo adapts to become the sticker for Tell Me Busan's loyalty program. Tell Me Busan plans to collaborate with local artists to release limited edition runs of each sticker set. 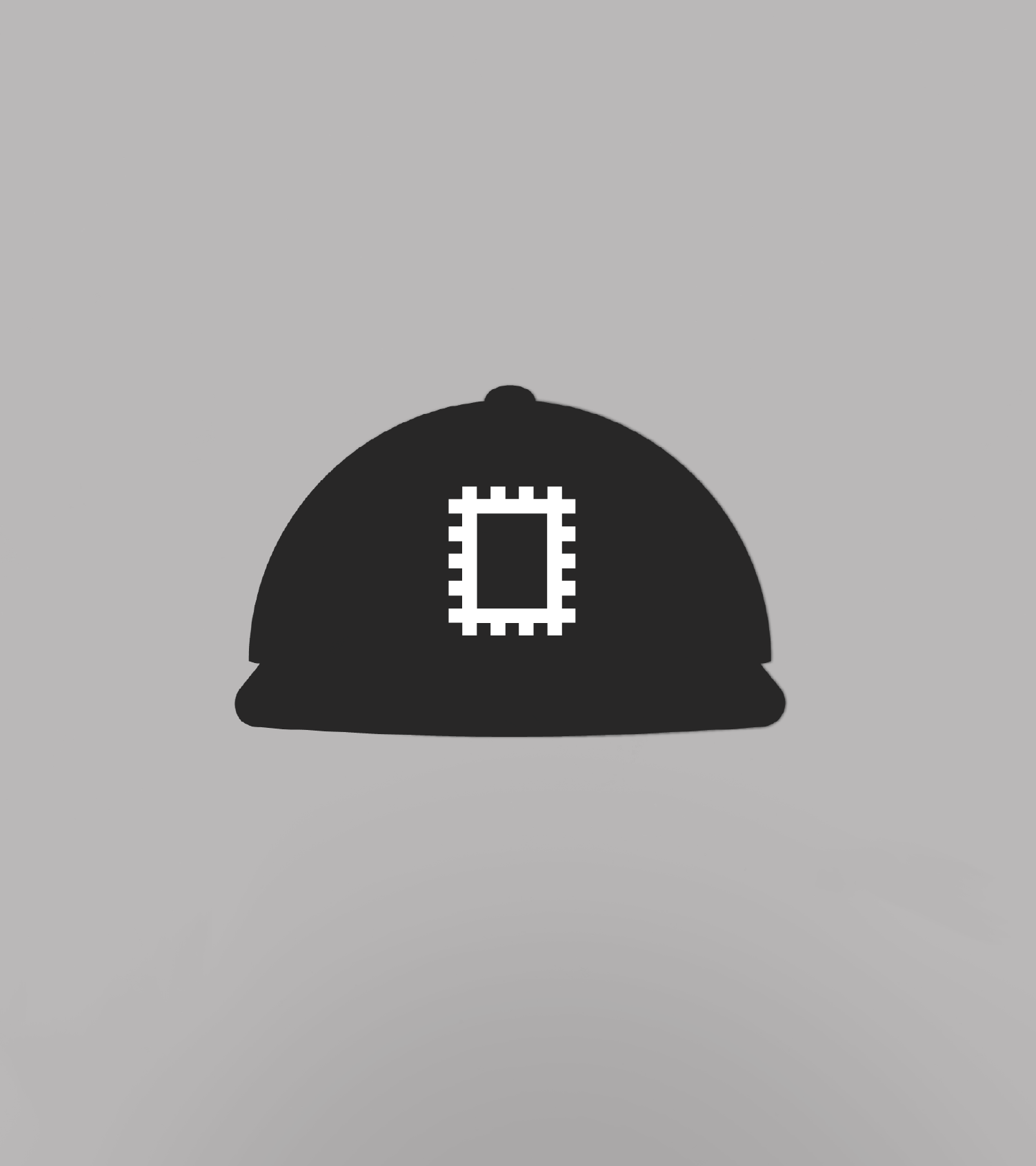 The brand icon alone serves as a stylish detail for merchandising, and is simple enough to be 3D embroidered. 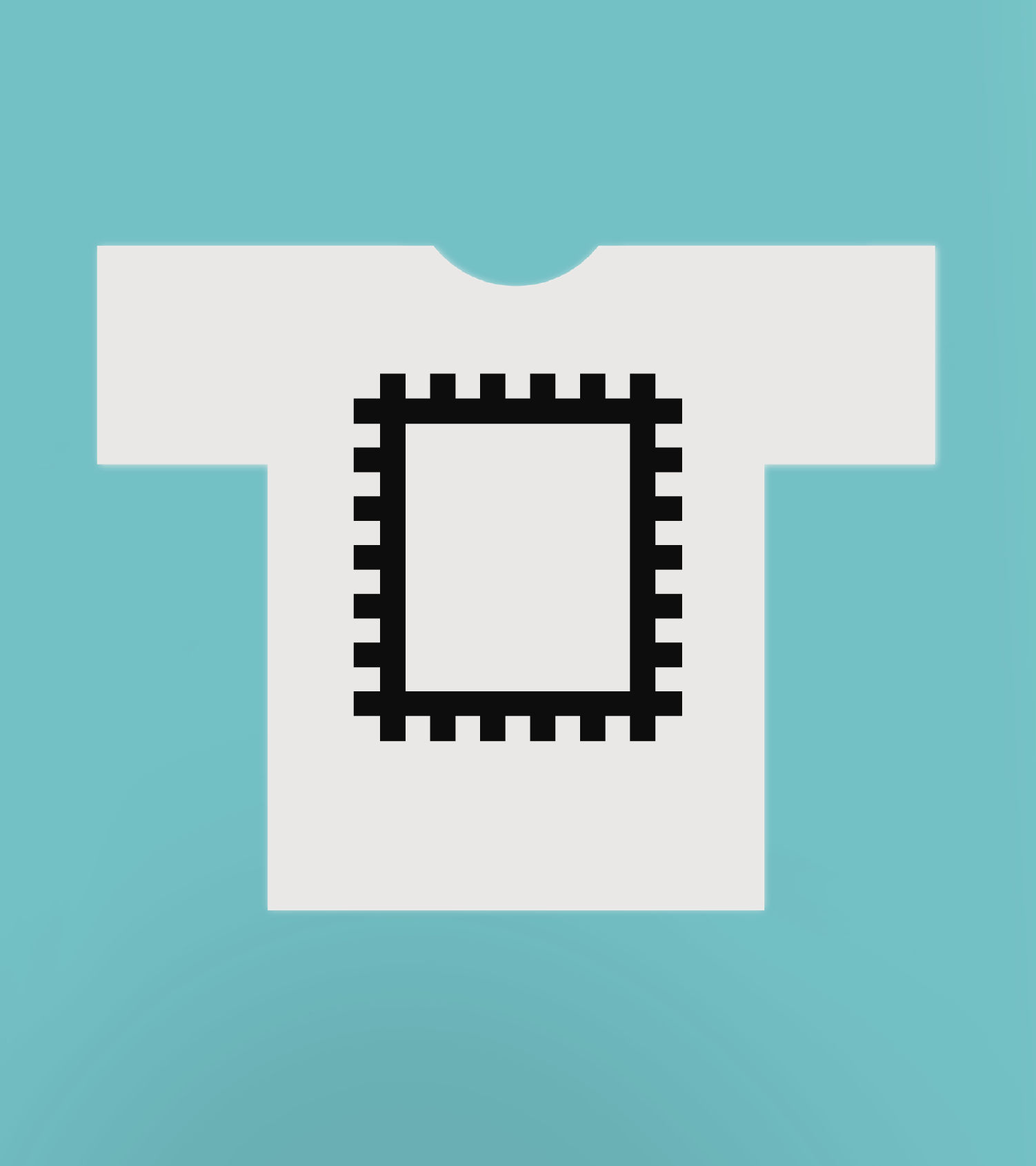 The logo, simple but geometrically pleasing, is an interesting conversation starter, avoiding giving too much away and forming a recognisable symbol for those 'in the know'.